Today, I stumbled across an article detailing the world’s happiest countries.  When I asked Frank what he thought made the list, he named them all, with the exception of Canada (which is number five).


Now, I'm planning to go to Amsterdam in December, but the only country I’ve been to on the list so far is Canada.  And I can tell you, people there are pretty happy.  The picture in the article is from Québec City, where most of the people only speak French. 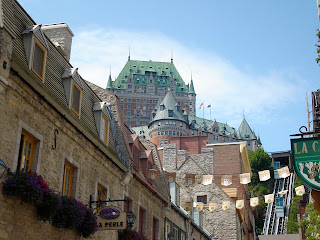 Québec City was just one of the locations in this great country north of the United States that I visited with my three friends back on a road trip in 2006.  We went in August, when the city was bustling with people and the weather was beautiful. 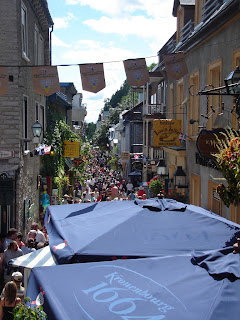 The best thing to do in Québec City is just walk around.  And no matter where you walk, you can almost always see Fairmont Le Chateau Frontenac.  This is a beautiful hotel and one of the main landmarks of Canada.

If you want to get between the two quickly, you can take the Funiculaire.


If you are really lucky, while walking around, you can see the changing of the guards. 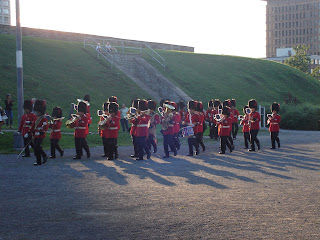 But, this is an economical blog, so here’s my biggest tip on how to be economical in Québec City: stay in a VW bus… preferably in a parking lot.

The first night we stayed at a camp ground, but it was far away from the city center, so the second night we just pulled up to a parking lot (it was a paid parking lot in our defense!) and changed into our jammies.  The parking lot was outside of a restaurant, so we washed out faces there.  Ghetto?  Yes.  And economical.

Best Deal:  Spending the night in a parking lot.  This was the first of many times we did this on the trip!

Posted by Economical Explorer at 9:26 PM