As you know, this weekend Frank and I were in Clermont for his big Iron Man race.  While he was competing for 12-13 hours, I had big plans that included seeing some history, nature, and drinking.


Instead, I ended up here:


Apparently I had some gallbladder problem that has since gone away, but my 24 hours in Clermont didn’t go exactly as planned.  If you visit this Central Florida city though, this is how I would breakdown my day.


9am – Breakfast at Donut King


Think Krispy Kreme, but without the chain name.  This restaurant on Highway 27 serves hot, fresh donuts 24/7.  Their sign also advertises a “castle burger,” which is pretty similar looking to a White Castle.  Not sure I’d eat that for breakfast though, but it’s your 24 hours here.  The prices are extremely reasonable as well, you can grab a fresh donut for just $.94!


This 5.5 mile trail is kind of like what Frank did during his Iron Man, although clearly he went a little further as well in order to get his 112 miles in. 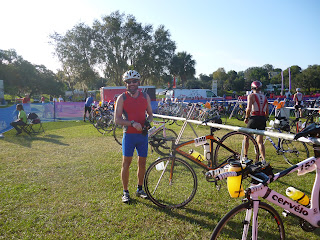 The trail takes you up and down many hills throughout the area.  Many, many hills.  Ask Frank, he can attest to the extreme elevation.  You can read more about the trail here.  If you’re not into hills, you can ride for a bit and then relax in the sand around Lake Minneola.


If you  bring your own bike, this activity is free.


This place has two really awesome things going for it.  First, it smells tremendous, says the vegetarian.  And judging from Frank’s reaction, the food was out of this world.


And if that wasn’t enough, Jack’s Barbeque is big on the Florida Gators. 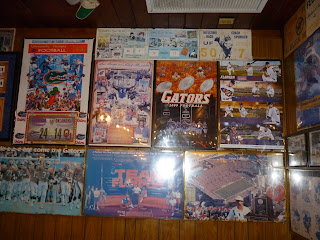 This restaurant is also on Highway 27.  You can grab a half rack of ribs, baked beans, a pickle and a couple of beers for $20.


1pm – The President’s Hall of Fame


Unfortunately, I only got to experience this place from the outside, but it’s nice to travel to Mount Rushmore without having to actually go to South Dakota. 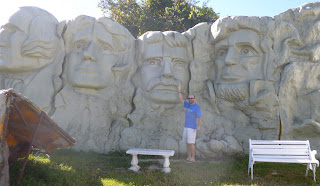 The President’s Hall of Fame has replicas of many famous sights in presidential history. 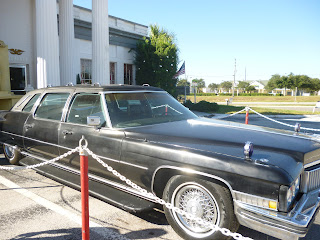 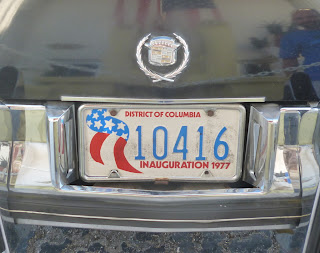 Which would have been the inauguration of President Jimmy Carter.  Also important that year, Frank was born in August.  I love random roadside attractions!

This is basically in the parking lot of the President’s Hall of Fame.  The website claims it was one of Florida’s first “attractions,” built in 1956.  To put things into perspective, Disney World (about 25 miles away) didn’t open until 1971.
You can ride to the top of the tower to a glass observation deck for $6.


I talked about my sadness yesterday for missing the winery.


Complimentary tastings folks.  And tours.  The place is open until 5pm though, so drink quickly or come earlier.


At first I was a little hesitant about this place because some crazy guy in our hotel parking lot told us about it.  But, Frank needed to carb load, so it was this or Carrabba’s.  Very, very sadly, Carrabba’s is rated #2 of restaurants in Clermont on Trip Advisor, while Calabria’s is rated #20.  Calabria’s food was fresh, their service was great, and we saw local after local walk through the door.  I ordered Eggplant Parmesan and was extremely pleased.  The meals were about $13 each and included bread and a salad.


We actually stayed in Clermont two nights and had to wake up early both mornings, so I’m not too sure about the nightlife.  We stayed at the Days Inn on Highway 27 and I have to say, it was one of the nicest Days Inn hotels that I had ever stayed in.


The staff was also so extremely nice and accommodating, moving us from a smoking room (which we booked accidentally) into a non-smoking room with a futon. 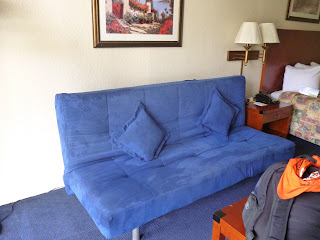 The bathrooms were also extremely clean.


We paid less than $100 for two nights, and even though this is considered a “two-star” hotel, I give it “five-stars!”

Total Cost: $158.75 for a quick getaway for anyone who lives in Florida


The Days Inn was the best “worst” hotel I’ve stayed in… where were you pleasantly surprised by your cheap accommodations?
Posted by Economical Explorer at 7:49 PM