This week I’ve been posting a lot about how Groupons can help you stay economical while exploring unknown locations.  But you don’t just have to stick to using Groupons in your own neighborhood… you can use them even when you take a trip.


Here’s a look at my sister-in-law’s Groupons settings right now. 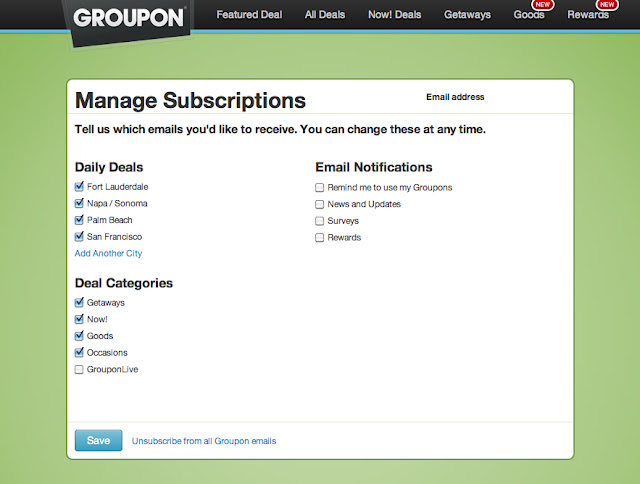 Of course she has Groupons set for South Florida, but she also gets Groupons for the west coast… of the United States.  That’s because last year, she planned her honeymoon in the San Francisco area, complete with Groupons.  And wouldn’t you know, she found discounted Groupons for this.

Now, truth be told, she didn’t actually by the Groupon because she was afraid to commit to something she knew so little about so many thousands of miles away.  But you shouldn’t be.  Look how much it could save you: 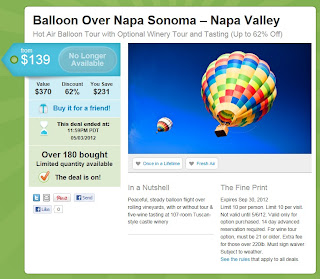 Buying a Groupon for $139 per person, from 3,000 miles away, will save you about $231.  To make sure the company is legit, I’d check it out on Trip Advisor before purchasing (this is not that Groupon that Colleen saw... this particular Groupon did get some bad reviews, so you have to check around).


Next time I take a domestic vacation, I’m definitely going to add the city to my Groupon setting (and Living Social!), but I already include several different cities in my settings. 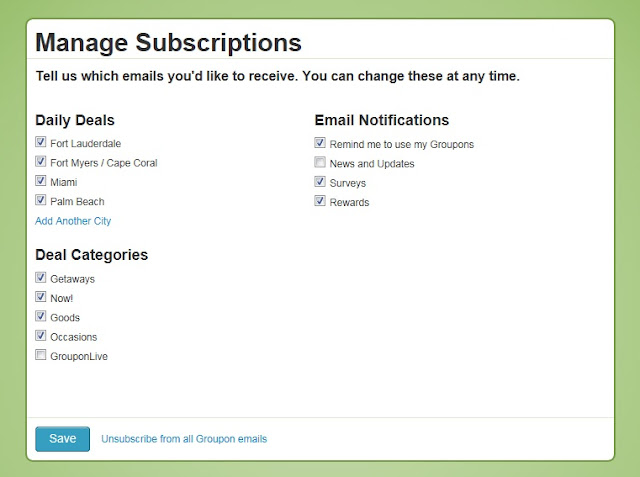 Since I live in South Florida, I figure if I stumble upon a great Groupon, I’ll travel to Miami.  I also spend a lot of time in Ft. Myers, so I include that in my settings as well.  My friend Amy has her settings to include basically the entire state of Florida.  That’s how we ended up with an awesome Groupon to Zoo Miami even though she lives in Ft. Myers.  She also bought a Groupon to Giraffe Ranch in Dade City (north of Tampa) where you get up close to rhinos, zebras, warthogs, and, of course, giraffes.  You also get a ride a camel without going to Africa.

Best Deal: Not paying full price in a new city!

Have you ever used a Groupon while on vacation?
Posted by Economical Explorer at 6:09 PM

Email ThisBlogThis!Share to TwitterShare to FacebookShare to Pinterest
Labels: Groupon, planning a vacation