Canada Road Trip Continued - Things to Do in Montreal

After 24 hours in Québec City, where we stayed in a van down by the river (close, we stayed in a VW bus in a parking lot), we were relieved to spend a day in Montreal in a normal, and very nice, hotel (more on that at the end of this article).  During our day, we spent less than $80, starting with one of the most fabulous breakfasts I’d ever had.


Each meal is about $10.  You can find a Chez Cora around nearly every corner in Canada, but there are none in the United States.  I’ll keep dreaming.


While walking around, you'll learn that even though Canada is a pacifist country, Canadians love to talk about American politics.  Also, they hated George W. Bush.  As well as his father.


A short walk from Chez Cora will bring you to the Notre Dame-Basilica in Old Montreal. 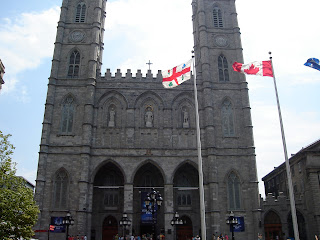 I believe it was only a $1 to see the inside of Notre Dame, but the church’s website says it is $5 today.  Even $5 is well worth it.

And if the beautiful inside doesn’t sway you, also note that this is the church where Céline Dion married!  It was in that wedding, according to US magazine, where Céline wore a seven-pound tiara.  That's giving me a headache just thinking about it!


About four miles away, you’ll find Jardin botanique de Montréal, or the Montreal Botanical Garden.  We took the subway to get between the two points.  It cost $9 (in Canadian money) for a one-day pass on the buses and metro.


By this time in the day, you may be getting a little tired. 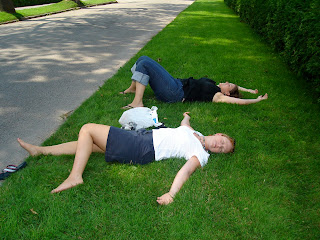 But continue on, the Botanical Garden is beautiful.  You’ll see Chinese and Japanese Gardens inside, among beautiful flowers. 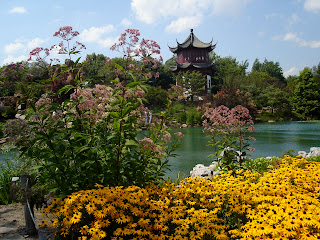 According to 2012 prices, tickets are $17.75.  A little steep in my opinion, so either prices were much cheaper when I went, or I really wanted to see some flowers.

Right in the same area, you’ll find the Olympic stadium, from the 1976 Olympics.  There is a fee to get in here, so we just took pictures on the outside.

Canada is not necessarily known for its food, but we ate dinner at Weinstein and Gavino’s, which was not terribly far from our hotel.  As I mentioned earlier, our hotel, Fairmont The Queen Elizabeth, was just wonderful.  It's ranekd 44 of 167 hotels in Montreal on Trip Advisor. 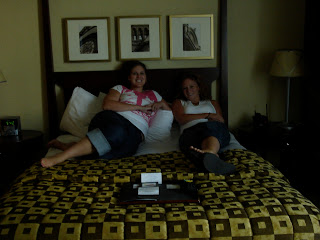 The rooms inside were huge and we paid only $149 a night (however, at the time, the U.S. dollar was not worth as much as the Canadian dollar and therefore, cost a bit more).


If you find yourself in Montreal, here's a simple map to follow.  You can see we stayed within a five mile radius and stayed very busy.

Best Deal: Seeing history at the Olympic Stadium for free

Posted by Economical Explorer at 6:45 PM