Halloween is just a few days away and at this time of year, everyone is looking for the creepy,. crawly aspects to every story.  Since I’ve been talking about Key West, I wanted to show you what's known to frighten in the Conch Republic, from the freakiest doll I've ever seen to what seems like a friendly spirit of Hemingway.


According to Haunted Florida, “Many people have witnessed Ernest Hemingway waving from his studio window and lights on and sounds of a typewriter being used after the tours are over and the house is unoccupied.” 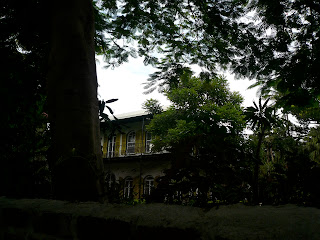 Personally, I think it’s entirely plausible that people who thought they saw Hemingway were a little on the tipsy side.

It's $13 to enter the Hemingway House.

Ghosts or no ghosts, I do enjoy traipsing around cemeteries.

The Key West Cemetery has been around for almost 200 years and has tens of thousands of bodies buried there.  It's free to enter, but you must do so at your own risk (insert scary laugh here). 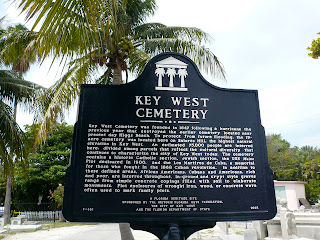 Some of the graves are actually quite funny.

Others, though, are a little more ominous.

People have reported quite a few frightening instances at the Key West Cemetery, including hearing voices and seeing shadows, as reported on this website.
If you want to get a bit freaked out, watch this creepy video:

Some of the other haunted locations in Key West include:
You can learn more about the ghosts that haunt these notable places in Key West by clicking here.

Have you ever seen a ghost?  Do you believe in ghosts or supernatural spirits?  Or really freaky dolls?
Posted by Economical Explorer at 8:22 PM