Living Local for a Year

This year, I made it my New Year’s resolution to attend at least one local event every month.  I felt like this would increase my appreciation for arts and leisure, as well as show support for my community.  Here’s what I came up with: 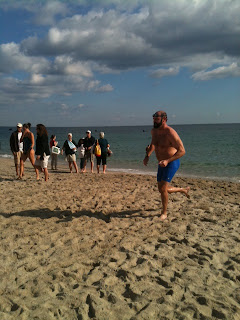 I go to more triathlon events than I can shake a stick at, but this one was a little different.  It was called the Delray Mile Swim, and it benefitted the lifeguards.  I did not compete, but Frank did, and I, of course, was there to support.  It was $25 to enter and was a beautiful way to start off the year! 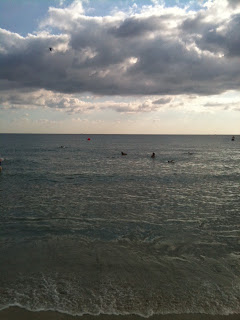 Garlic Fest in Delray Beach is always a good time.  Where else can you get garlic ice cream, garlic French fries, and see some of the best musical acts of the past?

This year, I went with my sister-in-law to see G Love and the Special Sauce.  While, I wouldn’t say Garlic Fest is the most economical event on the planet (tickets are $10 to get in, and then you have to pay for food and/or rides), there were discount coupons available.  For instance, Gotta Half It offered two adult tickets and four drink tickets for just $24, which is quite the deal, considering it is $20 normally for two adults.


I, however, know one of the people who organize Garlic Fest and got in for free!


Lots of cities have lots of good St. Patrick’s Day festivals, but I think Delray Beach has the best.


The parade is free and really, parking is the biggest pain.  I think the best parking is at NE 3rd Avenue and NE 3rd Street.  That way after the parade down Atlantic is over, you’re still close to the bars to party.


Bonus: You can bring your own booze (I usually pack a cooler full of beer) to the parade.


We went to a few things in April, starting with…


Reggae Fest in downtown Lake Worth is a way to celebrate your inner Rastafarian.  It’s also a way to see Inner Circle.


It helps to know one of the people in charge of events in Palm Beach County.  Reggae Fest also provided a good outlet for kids as well.


Again, there were discount coupons out there (like through gopalmbeaches.com, but we got in for free!


The Delray Affair is a free festival, basically focusing on arts and crafts and food.  In the last few years I’ve been, I’ve eaten a lot of arepas, purchased a cool earring holder made by a company based out of North Carolina, and got this *great* shirt for my friend Melissa. 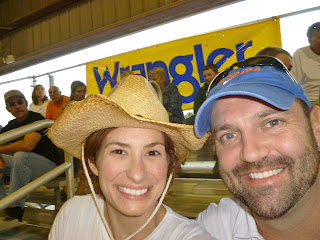 I love an opportunity to wear a cowboy hat and more importantly, I love when Frank wears his cowboy boots.  We bought tickets for a small rodeo at the South Florida Fairgrounds off Groupon, though all the discount websites were offering similar deals. 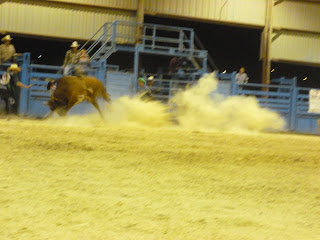 
In my opinion, SunFest in West Palm Beach is pretty much the least economical thing you can do, unless you buy a pass for all five days.  One day is $37, but five days is only $69. 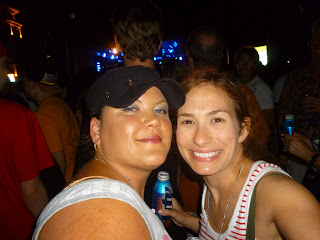 Luckily, Bonnie and I got free tickets to see Snoop Dogg.


Added bonus – totally got a contact high as the police presence there did nothing to deter people from smoking.


Shakespeare at the Pavilion


This was one of the best events I went to all year!  The Take Heed Theatre Company put on  Much Ado About Nothing at the Old School Pavilion in Delray Beach.   It was free, but they were asking for donations, so we gifted $10.  We sat on blankets right next to the stage, chomped on barbecue that Frank’s mom made us, and watched a very entertaining production of the Shakespeare classic.


We spent most of June in Italy, so we didn’t do much locally.  Cry me a river, I know.


And we spent most of July at various places that weren’t our home, but what we normally do on Fourth of July is go to Delray Beach’s Fourth of July Celebration. 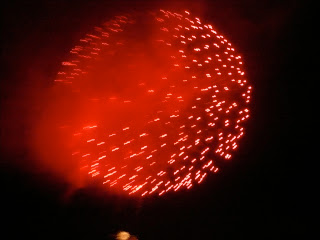 It’s free and we can ride our bikes from Frank’s mom’s house, thereby not having to deal with the ridiculous problem of parking.


The local events are a little slow in August, but what I did a lot of is going to the Boynton Beach farmer’s market. 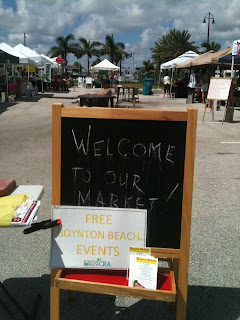 This is an extremely small market, but what the vendors do have is quality.  We rode our bikes from our house (so very economical of us!) and ate delicious granola from Fun with Food (an organic stand, but I can’t seem to find anything about them online).  We also had the best mandarin orange bread from CookieLicious Pastry Shop!
September


Here’s what I did not do in September and am a little annoyed about.  Every year, we participate in Flavor Palm Beach, which is a month-long of awesome restaurant deals in Palm Beach County.  In the past, we’ve discovered a bunch of delicious restaurants during this month, including Pistache in West Palm Beach, a French eatery, where for just $30, you can get an appetizer, entrée, and dessert (yum, crème brulee!).


This year, I totally missed the bus.  So, don’t be like me and miss this event… I’m putting it on my calendar now for next year.


For the first time ever, Delray Beach is holding a Wine and Seafood Festival.  It’s on November 10 and 11 and I will definitely be there to see the inaugural event.


In the holiday season, every local town has a Christmas tree lighting.  I will check out one of them, probably in Boynton Beach.  I will most definitely be watching the Boynton Beach Boat Parade, even though it’s really only like six boats, because they drive down the Intracoastal, right behind my house.


So, what are your "can't-miss" local events?
Posted by Economical Explorer at 7:11 PM