Completely Free (and Very Entertaining) Things to Do in Rome

For being one of the biggest cities in the world, Rome is not very expensive.  In fact, there are tons of things to do, without paying a penny.  Here’s a list of the most entertaining, and also free ideas. 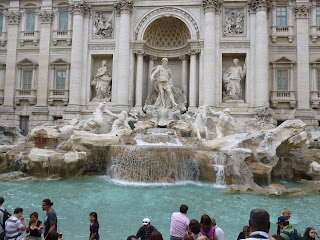 
The REAL story around the Trevi Fountain, constructed by the artist Bernini (also saw some some of his works in St. Peter’s Basilica) is that throwing a coin in is supposed to ensure your return trip to Rome.  I made sure to throw in several. 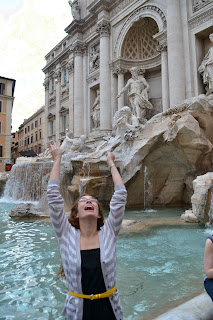 The Trevi Fountain is super crowded, so heed my earlier advice and beware of gypsies.  Lots of tourists also means good people watching.  You could stay here forever, but grabbing a seat is hard to do.  In that case, move on to… 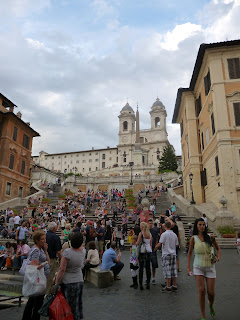 Again, this is very crowded, but it’s a lot easier to just plop down and rest. 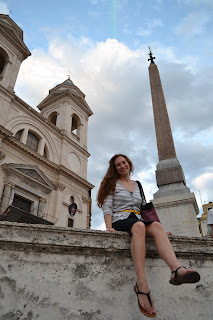 Once you get bored here, you can move on to...


#3 The Forums of Trajan, Augustus, and Julius Caesar 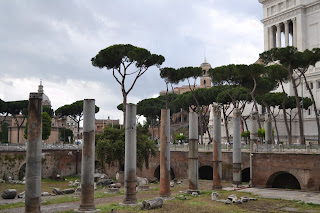 These three forums are lined up next to each other on Via del Fori Imperiali, a very important street in Rome, mostly because that’s also where you can find the Coliseum.  Unlike the Coliseum or the Roman Forum, the Forums of Trajan, Augustus, and Julius Caesar are free.


In Trajan’s Forum (known in Rome as Foro Traiano), you will find Trajan’s Column…


As well as Trajan’s Market...


While this building is lovely on the inside, I found the outside (and the accompanying piazza) even greater. 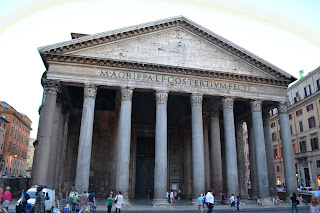 Inside it was packed with people, so you might want to go in the evening like many tour books suggest, but I thought I was better than that. 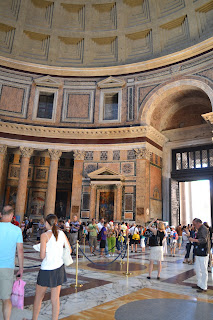 The day of our visit to the Pantheon, not only did we see the temple to Roman gods, but we also saw a protest, complete with lots of police activity.


I’m going to say this piazza is by far the most entertaining in Rome.  Not only is it filled with people-watching opportunities, but also with very interesting street performers.

Also, the art, while quite suggestive in my opinion, is remarkable.

We sat at this fountain for quite awhile, taking in the atmosphere, and drinking wine out of a plastic bottle.


On the other side of Piazza Navona, another breathtaking fountain, this one designed by Bernini (who also designed Trevi Fountain). 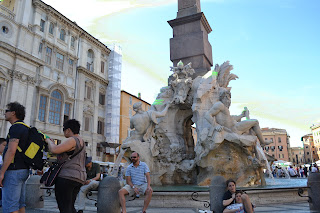 In the middle of the Piazza, this striking sight:

There are plenty of places to eat in this area as well and it’s where we found one of the best restaurants in Rome (more on that later).


#6 Santa Maria Maggiore, or any church at all

The churches in Rome are almost always free to visit.  I wanted to see Santa Maria Maggiore because I read it was on the site of the Baths of Diocletian and I was dying to see some Roman baths.  Unfortunately, there were no remnants of a bathhouse, but there was a very ornate church. 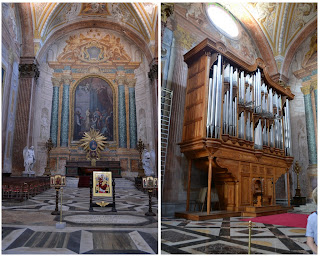 A very good rule of thumb in Rome – bring a sweater everywhere you go because you cannot roll up to a very beautiful church and walk in with bare shoulders. 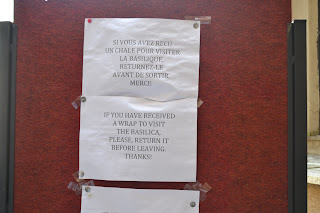 #7 Giardini del Quirinale, or any park at all 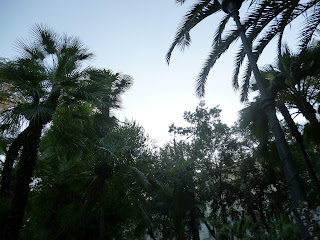 Really, you don’t need to go to this specific park.  This one was pretty much across the street from our hotel.  But when in Italy, and Europe in general, you do need to go to a park and just… sit.


# 8 Crypt of the Capuchin Monks


Though this was not free, this site was pretty economical for the €1 entry fee.


While I was planning my trip to Italy, my friend Kate insisted I go to the Crypt of the Capuchin Monks.  It’s where a bunch of Capuchin friars buried their dead, arranging the bones in, what I consider, unusual displays. 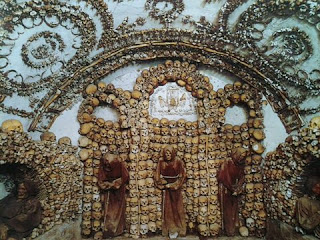 That's a postcard.  I don’t have any actual pictures because the lady in charge was screaming at people who took any snapshots and kicking them out.  So, I bought a bunch of postcards instead . 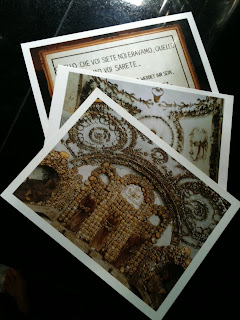 At the end of the exhibit, there’s a sign that reads “What you are now we used to be; what we are now you will be.” 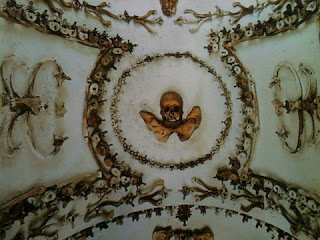 Probably the most morbid thing I saw in Rome, but interesting nonetheless.  Thanks, Kate!


Other interesting, and totally free, places to mention: the Piazza della Repubblica, the Four Fountains, the Quirinale, and Largo Argentina.

Best Deal: Drinking wine in public spaces and not getting in trouble with the law

Posted by Economical Explorer at 7:10 PM