So, I’ve compiled a list for you of the most notable places to get good, cheap drinks in New Orleans, while taking in the Big Easy... in just 24 hours.


We found this gem on Bourbon Street.


It’s nearly impossible to find absinthe for sale anywhere in South Florida.  Of course, in New Orleans, it’s right there, out in the open.  But, I wasn’t as surprised to find absinthe, as to find this establishment actually met enough health codes to serve people.


Equally surprising, Frank’s absinthe drink ran us $20!  That’s why Frank took it to the next bar too. 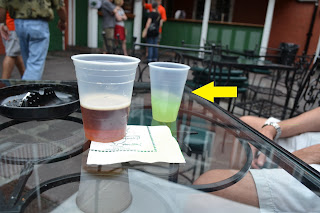 And the bar after that… 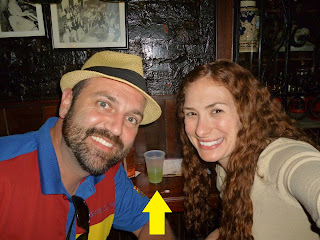 That’s the glorious thing about New Orleans, you can just bring your drink everywhere!


There must be some sort of law that says while in New Orleans, you have to get a Hurricane at Pat O’Brien’s.


Luckily, the Hurricanes do go down easy, and while they aren’t the cheapest drink in town (about $8), they are pretty potent.


Pat O’ Brien’s is definitely a tourist attraction, but if you go to the inside bar, it’s a much more local scene.


While on our trip, we were told this was the oldest bar in New Orleans.


Come to find out, it’s true according to this article (this article also claims Sante Fe has the oldest church, been there too!)


This bar also has the most pornographic statues apparently. 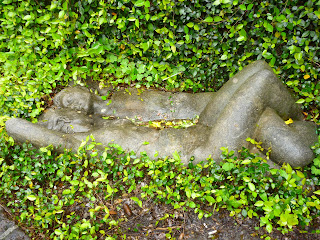 Inside though, my drink was priced about the same as every other beer in Nawlins, but Frank’s shot was less than $5! 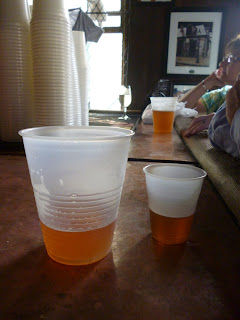 
Once night falls, Harrah’s is the perfect place to be. 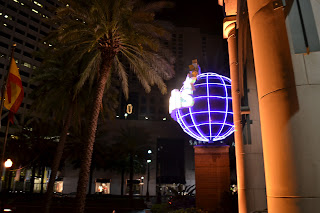 We went to more than one casino on this trip (I’m a very economic gambler, I only gamble with Frank’s money!).  I have to say, Harrah’s was the best.  It didn't hurt that I broke even and Frank won a bunch of money at the craps table.  But still, a trip to the Big Easy isn’t complete without a trip to the casino.

We drank some other places as well, including restaurants and a gay bar (it was called Lafitte’s, so we thought it was the Lafitte’s Blacksmith Shop at first.  We found out we were totally incorrect when people were dancing to Rihanna at 2 in the afternoon).  But these four selections are the ones that can’t be beat!


Here’s a map for your viewing pleasure:

Total Cost: Have no clue after awhile...

Best Deal: I think it was the Hurricanes at Pat O'Brien's!

Where do you think the best watering hole is in New Orleans?
Posted by Economical Explorer at 9:26 PM