This past weekend I spent time in Sanibel and remembered how awesome it is there.  It’s only about three hours from West Palm Beach, Tampa, Miami, and Orlando, making Sanibel Island (and its close neighbor, Captiva) the perfect spot to spend 24 hours without forking over too much cash.  Here's a rundown of your perfect day there.

You’ll want to get a pretty early start on your day considering there’s so much to do in this area.  The best breakfast is at Over Easy Café.


There are a plethora of places to rent bikes on Sanibel.

I’ve stayed a few different places on Sanibel that actually have bikes for you to ride FOR FREE, but if that’s not the case for you, here is a good list of places.  I’ve heard very good things about Billy’s Rentals and their website shows you can get a bike there for just $15 a day.


Once you have your hog, your choices are endless.


One popular choice to pedal is to, and then through, the J.N. “Ding” Darling National Wildlife Refuge (there is a $1 charge per person to enter the refuge via bicycle.  We opted to bike along the main road, which is Periwinkle Way, until we got to one of the best beaches. 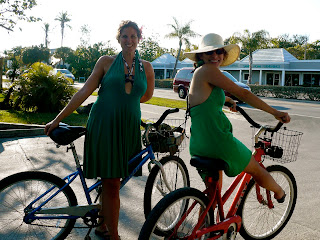 
This beach is on the easternmost point of the island, adorned by a beautiful, what else, lighthouse. 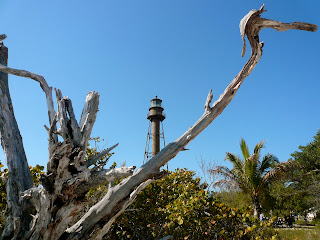 Sanibel is known for its abundance of shells and Lighthouse Beach is no exception. 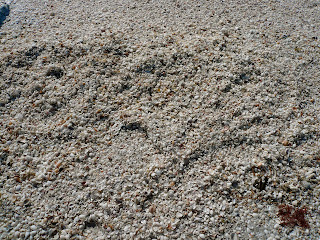 Oddly enough, there are places with better shells in Sanibel, so stay tuned.


This is one of my favorite restaurants in the entire world.  Not only is the food great, but the atmosphere is fun.


But most importantly, instead of the usual, run-of-the-mill bread that most eateries offer, this is what you get at Island Cow.


The entrees are reasonably priced, especially considering the size of the meals.

I like the po’ boys the best ($11.99), as there are several different kinds, but you really can’t go wrong with anything on the menu.


This is by far the best shelling location in the Sanibel/Captiva area.  As my friend Amy put it, “I don’t know if I really want to tell you about this because the shelling is so good.”  It’s so good, you could die. 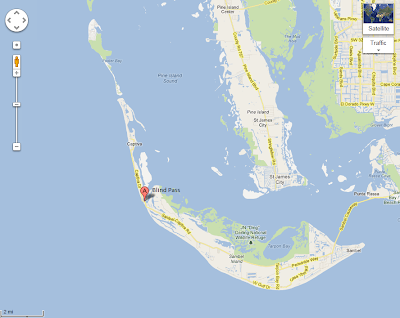 Though there is a parking lot just for this area, I usually like to go to other beaches nearby and walk to Blind Pass so I can cover a lot of ground on my search for shells.


Bowman’s Beach is not too far from Blind Pass and is my absolute favorite beach in the world.  It’s completely untouched by man, and is so nature-y, you need bug spray at night.


While I love to spend the day there playing in the sand, maybe even enjoying a snack on the picnic tables, it’s what happens when night falls that really makes the beauty of Bowman’s Beach unforgettable.


The Bubble Room is another restaurant that has not only great food, but also a fun ambience to back it up.


Bubble Room is known for their bubble bread, creative dishes and their mouth-watering cakes.  You have to order an entrée in order to get the cake, unless you order a cake to go.  To find out more and see pictures of all of their awesome food, click here.


10:00pm – After dinner drinks at the Jacaranda


Sanibel is not exactly known for its bar scene.  However, after much hard research, my friends and I discovered the most happening late-night spot on the island is The Jacaranda. 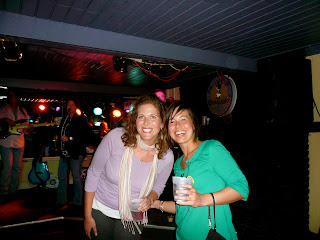 In fact, I think The Jacaranda is the only late-night spot, but we did meet someone awesome there who claimed she was “Kathleen the Real Estate Queen.”  She also asked my friends and I, who she just met, if we smoked weed.  Friendly folks there on Sanibel.


If you pick the right time of year, and the right deal, staying on Sanibel is quite economical.  My friend Amy (who was reluctant to tell me about Blind Pass) found a deal in December where residents could book three nights at Tween Waters Inn for just $300.  That’s $100 a night, for a hotel that’s normally a lot more! 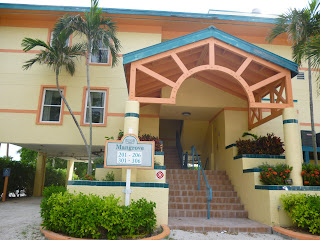 In fact, I went to their website (which was not very easy to navigate, by the way) and I see if you stay three, five, or seven nights from now until the end of the year, you get special deals like dining credits and free bike rentals!


If you are staying a few days in Sanibel, check out this post about not getting a hotel.  I tried it once and it worked out great!

Total cost: About $250 for two people

Best Deal: Biking around the island lets you save on parking, which can get pretty pricey at the beaches ($2/hour!).  Also, here’s the not best deal: you have to pay $6 just to cross the bridge to get to Sanibel – but I promise, it’s well worth it!

What's your favorite spot in Sanibel?
Posted by Economical Explorer at 7:51 PM