Famous Food in New Orleans – Worth the Hype and Money?

New Orleans has no shortage of amazing food.  Whether that amazing food comes with a giant price tag, that’s another story.  Here, I breakdown the most hyped restaurants to tell you where dining is worth your dollar.  Plus, two secret restaurants that only the people who live in New Orleans know about!


The quintessential breakfast spot in New Orleans.  Their beignets are to die for and their café au lait completely opens those tired eyes.
﻿﻿

This place is also extremely crowded, and that powdered sugar doesn’t come cheap. 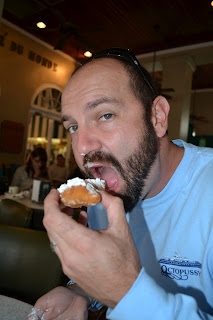 For two café au laits and a plate of beignets, it was $10.


Is it worth the hype?  Maybe, you can’t get beignets everywhere. 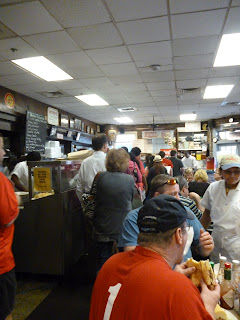 More than one person told us this place was amazing.  And I’m guessing everyone else there heard the same thing because the line was wrapping around the entire restaurant.


We got a soft-shell crab po’ boy and etouffee.

We also split a bottle of Heineken. Our bill was almost $20.


Is it worth the hype?  I definitely don’t think so.  The food was good, but it didn’t add up to what we paid. 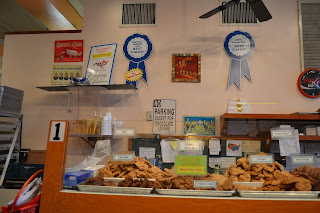 On the walls at Southern Candymakers, hang many awards, from Martha Vineyards to Bon Appétit.  It’s rated 6 out of 988 restaurants in New Orleans.  Inside, the cases are filled with everything from original pralines to chocolate to turtles.

We also a pound of pralines for our parents for about $22.  That’s some costly candy!


Is it worth the hype?  Definitely.  I ate most of that box of pralines, sorry Mom and Dad! 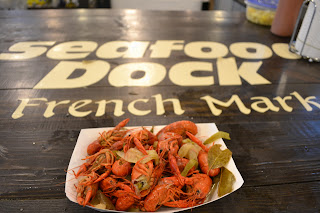 I’m not actually sure if there is hype surrounding this place, but I was leery to try food at the French Market, given that it’s so touristy.

This giant plate of crawfish was $8.  Frank even commented that we paid less for prepared crawfish here than we would have for frozen ones at Publix. 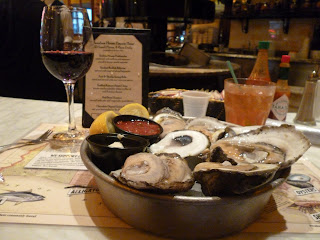 This place is next to Acme Oyster House, which certainly gets way more hype, but Acme had a line outside the door and we were hungry, so we went to Bourbon House.  And I’m glad we did.  Not only were the oysters delicious, so was the escargot.


The prices weren’t that bad for being on Bourbon Street, we paid about $25 for the two appetizers and two glasses of wine.  It was also happy hour, so I’m sure that helped.


Is it worth the hype?  I think so!
We also went to two restaurants in New Orleans that our friends who live there recommended.


Oh… my… gosh.  I’m going to put this dining experience down as one of the best meals I’ve ever had (maybe second to a delicious dinner in Paris!)!


I was too busy eating and drinking to get proper pictures, but here is what I have.

We ate a plethora of food, and since our friends knew the owners, I couldn’t even tell you exactly what I ate.  I know there was praline bacon involved, but I’m a vegetarian, so I didn’t it eat.  I had fresh fish with green beans and potatoes (I’m sure there was a fancier name, but I don’t remember) and I was just in heaven!


I’m not sure what the total cost was because our wonderful friends treated us, but I would pay anything to have that scrumptious food again!


Is it worth the hype?  More than anything!  I’m told Elizabeth’s also has an awesome Sunday buffet, but I was not there on a Sunday L


I told Frank that I didn’t want to go to a “surfer” restaurant in New Orleans because we live in South Florida, where there are actual surfers.  Our friends recommended it though, so off we went. 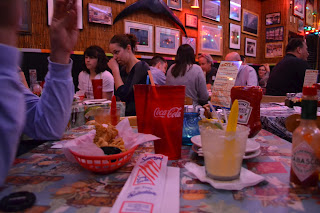 We got an oyster po’ boy and fried clams.  I don’t traditionally like either of those dishes, but here they were awesome!


Is it worth the hype?  Let’s just say I went on their website to see if they were coming to South Florida anytime soon.
So, what do you think?  If you had 24 hours to spend in New Orleans, where would you eat?
Posted by Economical Explorer at 10:18 PM