On our journey to New Orleans, we decided to first stop in Biloxi, Mississippi. 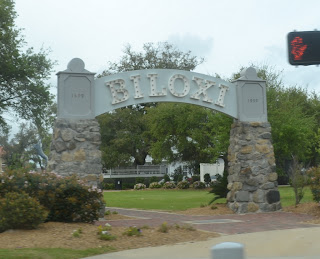 We had our choice of casinos, so we opted for the Beau Rivage. 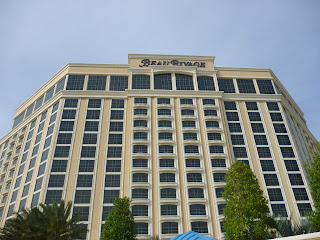 We told the front desk we just got married, and bam, we got the honeymoon suite.  Already I started formulating a positive review for the Beau Rivage in my head.  But then I saw something that totally took it over the edge.


If you’ve met Frank and I, this is absolutely necessary.  Inside one bathroom was a Jacuzzi, inside the other, this spacious shower.

We didn’t spend one second in the living room… 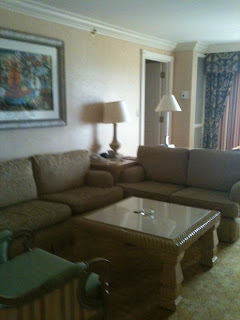 Because we were way too busy in the bedroom… enjoying the view of course!


Downstairs, it was like being in a small town. 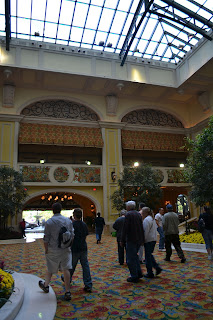 We even watched as they planted fresh flowers… indoors. 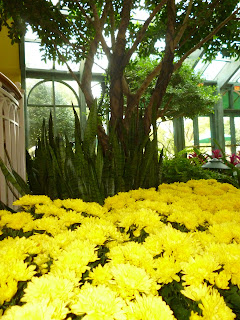 Outside, the scene was lovely, although, this is the Gulf of Mexico, and it’s a far, far cry from where we live on the Atlantic Ocean.


We took a nap on the deck… 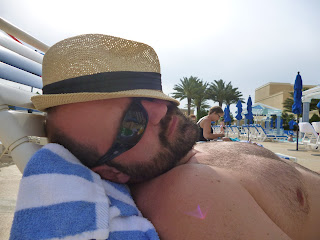 and got ready for our night out.

We tried two restaurants that were actually inside the Beau Rivage.  We had dinner at Coast Restaurant, where I got a veggie burger.  It was pretty average as far as veggie burgers go.  In the morning, we had breakfast at the Roasted Bean.


While the food at the Beau Rivage isn’t necessarily something to write home about, we did have an out of this world lunch just down the street from the casino at The Fillin’ Station.  And yes, as you can imagine, this eatery used to be an old gas station, but now, has some of the tastiest food around. These were absolutely the best oysters I’ve ever had in my life.  Actually, they were enormous and quite tasty.  We also got a Panini-style po’ boy and a few beers to round out what I would call “the best meal on the Gulf Coast.”

Total Cost: $196 for a suite (with the honeymoon upgrade)

Best Deal: Here’s the NOT best deal – we wanted to celebrate our recent nuptials and tried to buy champagne inside the Beau Rivage – THEY DON’T SELL IT.  As Frank put it, “No one’s ever won big and wanted to drink champagne and do coke?!?!”  I guess not.

Posted by Economical Explorer at 9:40 PM

Email ThisBlogThis!Share to TwitterShare to FacebookShare to Pinterest
Labels: Biloxi