Pretending to be an Emperor in Ancient Rome

When you buy a ticket to the Coliseum for just €12 (remember, we spent €20 and also got to see three "secret" places), you are also buying admission to Palatine Hill and the Roman Forum.  I think that's an incredible deal to see so much history.


I know I have more of a vested interest in visiting a city founded more than 2,700 years ago than most people because I teach ancient history.  Still, you can’t say this isn’t impressive.

That’s the House of Augustus, at the beginning of Palatine Hill.  It’s where the first emperor of Rome, Augustus Caesar, lived.  He’s the adopted son of Julius Caesar, which pretty much just blows my mind.


As the emperors succeeded one other, they added to this giant complex on Palatine Hill, one of Rome’s seven major hills.


Besides the homes of former emperors, Palatine Hill also gave a glimpse of the Circus Maximus, where 150,000 people would gather in ancient Rome to watch chariot races.  This is what is supposedly looked like then:


Also on Palatine Hill… a pile of rocks! 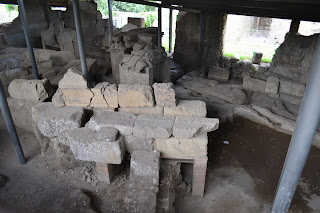 No, this is supposedly the huts of Romulus and Remus, the founders of Rome.


And if that wasn’t enough history for you, from Palatine Hill, you can go to the Roman Forum.


There you can see ancient landmarks like the Arch of Titus, built for the many military victories of Emperor Titus… 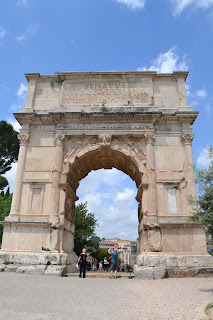 The remains of the House of the Vestal Virgins, who kept the eternal flame of Rome lit... 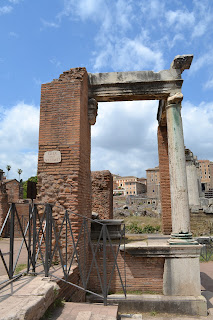 The Temple of Castor and Pollux, a tribute to the Greek twins, who came to be known as Gemini… 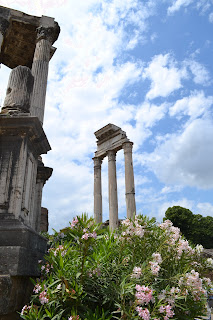 Ara di Cesare, the site where the corpse of Julius Caesar was burned… 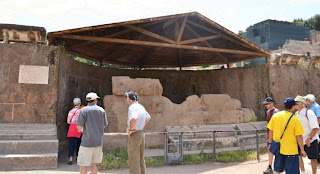 And the Temple of Saturn, to the god Saturn… 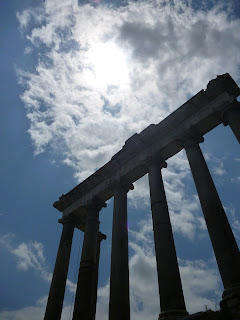 I could have stayed there forever, but after awhile, Frank complained that we were just staring at a pile of bricks

But to see all that history was worth it.

Total Cost: €12, includes entrance to the Coliseum as well

Best Deal: Seeing buildings dating back to the beginnings of Rome

Posted by Economical Explorer at 1:55 PM