Leenane - Where the Irish Are Probably Too Trusting

Our road trip around Ireland, where we faced intense roadsand wild sheep, led us to a very small, and very economical, town called Leenane.


This town is made up of just a few buildings, but amazingly, this town is actually quite popular because the movie “The Field” was filmed here.


I’m not sure of a damn thing said in that movie trailer, sometimes the Irish are hard to understand!  Anyway, the main attraction in Leenane is the Field Bar, obviously named after the movie (which I have fallen asleep trying to watch more than once).  It also goes by the name of Gaynor's. 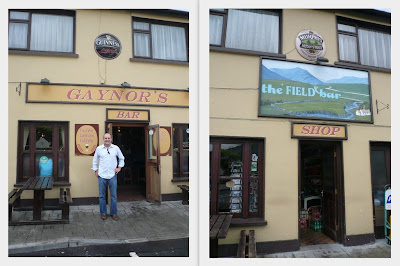 Why did we go to Leenane, you ask?  Well, Frank’s grandmother has a house there.  So, on our visit to Ireland, we drove to Leenane, without first asking one of Frank’s family members where the house was located.  All Frank knew was that the house was white.  This actually didn’t seem that far-fetched to find, considering Leenane is extremely small.  However, this was the weather when we arrived.

And our cell phones weren’t working.  We drove around for a bit, but couldn’t find the white house.  So, we stopped at the Field Bar for a pint, and to figure out what to do next. 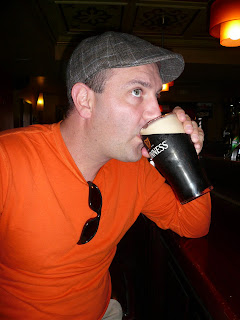 Frank decided to have a conversation with the bartender.


Frank: “So, we’re here to visit my grandmother’s cottage.  Do you know Eileen McAlonan?”
Bartender: “Oh, the American lady!  Of course!  She lives right up the road, where the street makes a sharp turn at the top of the hill.  You can get the keys from her neighbor, Eddie!”


Mind you, no one knew we were coming, they are just offering up keys at the bar.


Oh, and that white house?


Once we got the keys (the neighbor handed them over willingly), drank three bottles of wine (we arrived on the day we got engaged!), and the weather cleared, Leenane turned out to be quite beautiful. 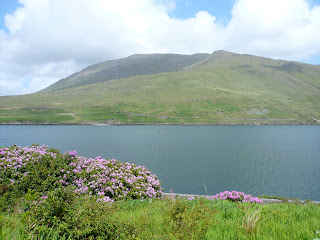 Ireland’s only fjord cuts through the middle of Leenane, right outside the window of the McAlonan cottage. 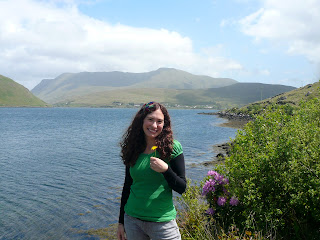 The cottage backs up to the Maumturks, a mountain range that stretches along this area. 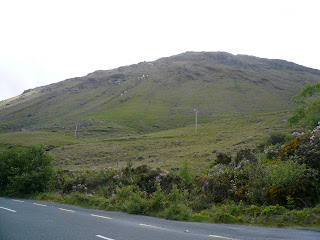 The allure of Leenane is the beauty, as it is part of the Connemara, an area in western Ireland where the main focal points are the mountains, pristine waterways, and simple lifestyle. 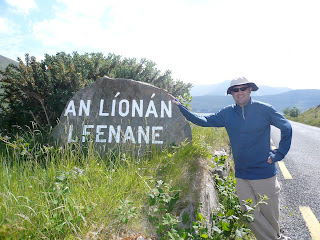 If you’re in Leenane for 24 hours, you’re probably going to run out of things to do.  There are approximately four eateries, two bars, five shops, and a hotel.

The hotel is actually twice the size of the police station in Leenane. 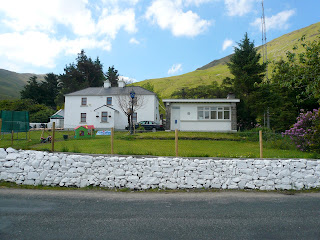 The post office is in the general store, which is right next door to Hamilton’s Bar, the other pub in Leenane, besides the Field Bar.  Hamilton’s is owned by Tony Hamilton.  His brother, Sean Hamilton, owes the Blackberry Café, which serves delicious food.


Now, if you are related to us, you might be interested in the headstone for Frank’s family that overlooks Killary Harbor. 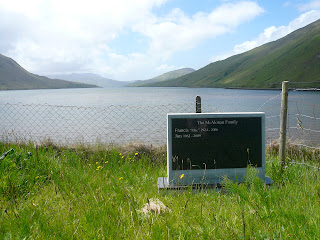 
If you aren’t related to us, you just might want to take a ferry trip on Killary Harbor (will run you 21€ each). 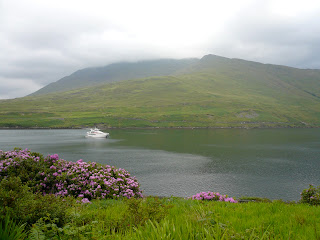 But as far as tourism goes, that’s about what Leenane has to offer.  After breezing through this town, you might be on your way, off to the next destination in the Connemara, or even the Emerald Isle.  But for me, Leenane left a lasting impression on my heart. 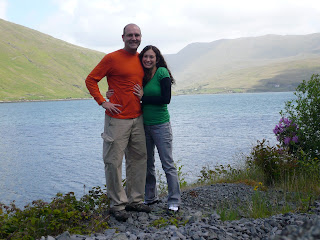 Best Deal: Seeing where Frank’s grandparents have vacationed since the 80s

Posted by Economical Explorer at 6:08 PM

Email ThisBlogThis!Share to TwitterShare to FacebookShare to Pinterest
Labels: Ireland