The Belfast of today is a far cry from the Belfast of 20 years ago, when this city was known forp political and religious strife as British Protestants and Irish Catholics went head to head in the streets. Now, Belfast, being part of Northern Ireland, is rated as one of the top budget destinations of 2013, according to this article. We spent two of the last three days of 2012 in this so-called budget country, and I can verify – it was economical. 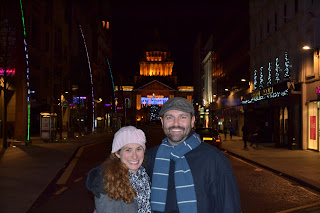 First of all, Northern Ireland is an entirely separate country from Ireland, though they are both on the same island. Though Belfast has oodles of things to see and do, this city is most known for the almost 30 year time-span known as the "The Troubles," when rioting over religious differences ran rampant. Now, those living in Belfast seem to love a good bomb-throwing and protest still, but, much to our dismay, all was quiet on this front. Our 24 hours in Belfast were jam-packed and pretty easy on the wallet. 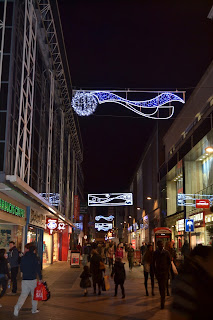 Arriving in Belfast: There is an international airport in Belfast, about 30 minutes away. We, however, arrived by train from Dublin. It cost €15.99 (that’s about $21), but you can get fares even cheaper if you have enough foresight to book a few days in advance.

Once in the city, we were ready to begin.

Belfast is divided into several different quarters and this museum is in, you guessed it, Titanic Quarter.  A full report on this museum can be found here, but everywhere I read said it's best to book tickets in advance and arrive when the museum opens. I did book tickets online and ended up getting screwed, since almost half of my group couldn't make it. Tickets for the Titanic Museum are non-refundable. Anyway, I would allocate at least three hours for this museum, maybe more if you’re a dork like me.


Back in the center of Belfast, we found a great, quick, and cheap restaurant called The Bridge House.  This place was very vegetarian friendly, with even far-out dishes like “lentil, mushroom, mozzarella and pumpkin seed roast.” I got a veggie burger.

After lunch, take a walk around the central part of the city, also called Cathedral Quarter.  Everything is quite close together in Belfast and it’s easy to get around on foot.  Start at the City Hall on Donegall Square, which shows some pretty architecture, which is actually even more awesome when it’s lit up at night for Christmas. 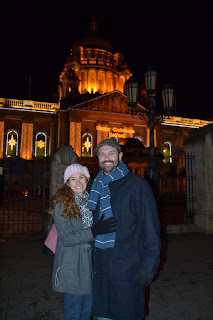 From City Hall, you can make your way to Victoria Square, stopping at shops along the way on pedestrian only streets.

Victoria Square is a huge outdoor shopping mall with more than 50 stores, including TGIFridays (I was unaware this chain was in Belfast, but I wouldn’t go there in the U.S., let along across the pond). 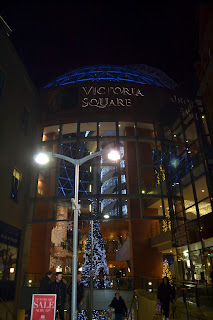 You can even go up into the dome atop Victoria Square to see an aerial view of the city of Belfast.  We did not do this though because Frank was more interested in the next stop which was the…

The area around Victoria Square has some pretty unique bars that date back more than a century.  Though the Kitchen Bar is fairly new (the old Kitchen Bar dated back to 1859, but was torn down to make way for Victoria Square), it still retains an ol’ timey feel. 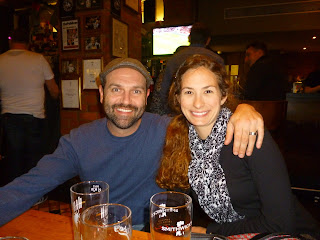 The coolest bar in all of Belfast, though, was Bittles Bar, just around the corner from Kitchen Bar. 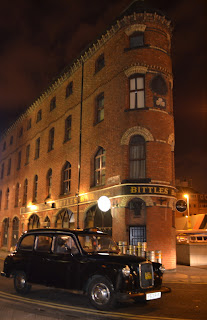 Outside, the bar looks just like it’s from 1861, which it is, complete with an antique car out front (the car was just coincidentally parked there).  Inside, the bar features random artwork featuring everything from the Muppets to notable figures in the United Kingdom.  The bar also had a great selection of ciders.

Along with historic bars, you’ll also find historic restaurants in this area.


The Morning Star Bar has a great ambience, complete with a big mahogany bar. 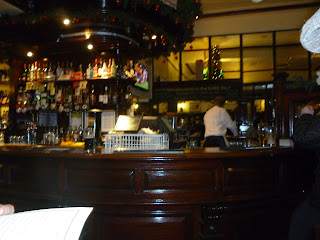 This restaurant also had scrumptious food.  Though I’m not a meat-eater myself, the restaurant touted awards for the best cuts of steak.  I stuck with a seafood selection.

We found one of the best things to do in Belfast was just observe.  We did this plenty on the streets, as we hopped from bar to bar.

Since we were there during the holiday season, it was entertaining to see how this city celebrated Christmas. 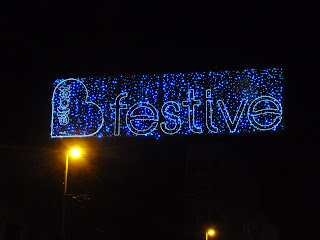 We took advantage of the decorations to have more than one photo shoot. 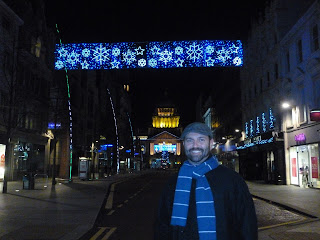 The Holiday Inn on Ormeau Avenue in Belfast had a lot more going on than you would think.  I’m not sure if it was a gypsy wedding or prom or funeral, but it was definitely gypsies that we saw partying their barely-clad booties off.  Besides that though, I thought the Holiday Inn was a pretty decent accommodation. 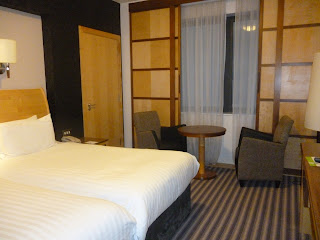 It was clean, from the bedroom, right down to the bathroom. 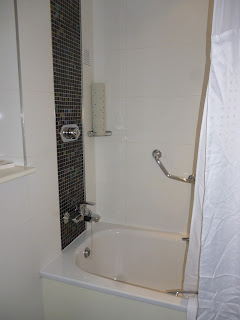 A fire alarm did go off about five times during our stay.  I’m attributing that to the gypsy wedding/prom/funeral.  But, at £85 a night ($134), the price was right.  We could rest easy knowing we didn’t spend an arm and a leg as we explored a new country.

Posted by Economical Explorer at 7:21 PM