Anne Frank House – Six Things to Know Before Your Visit

It was the place where eight Jewish people, fearing for their lives, hid out for two years, in a secret annex, a whole other world, just behind a bookcase.


Being a lover and devourer of all things history, I put the Anne Frank House at the top of my list of things to do in Amsterdam.  At just €9 (about $12) to enter, I consider that very economical to experience such a monumental part of history.  However, there are just a few things I wish I knew before my visit that would have changed my experience for the better.


The tour books I had read beforehand suggested buying tickets in advance to avoid long lines.  How long can the lines be on New Year’s Eve, I thought to myself.  Apparently very… 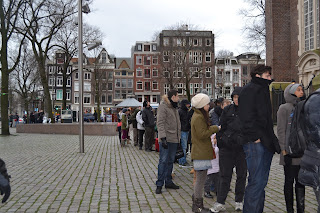 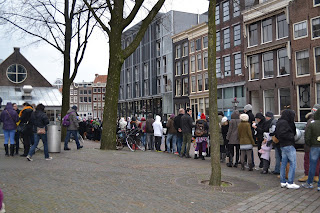 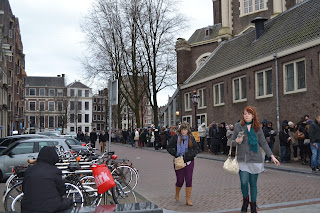 Long.  Like, an hour and a half long, as I described in this post.  Waiting sucks, but waiting in 30°F weather is nothing short of terrible.


So, first thing you need to know about the Anne Frank House…


Or else you’ll suffer like we did.  You can book them online right through the Anne Frank website.

Once we were about 50 people away from getting into the museum, a worker came around and gave us all brochures about the Anne Frank House.  They were very informative, detailing where Anne Frank and the seven others hid, what you would find in each room, and even provided quotes from the diary that fit perfectly with each room.

Which brings me to the second thing you need to know…


Still, even though the brochure explains much of the house, you should still be prepared for the third point about the Anne Frank House…

It is very, very crowded

The house is not big, although it is bigger than you expect, with five rooms:


So it takes awhile to move hundreds and thousands of visitors through.  But, even with crowds, you’ll be surprised how long it takes to move through the house because…

There’s not actually anything in the Anne Frank House

The rooms are mostly empty.  It’s a poignant statement that Anne Frank’s father insisted on leaving because when the Gestapo discovered the Frank family and the others in hiding, they cleared the secret location out.  So, when Otto Frank came home, the only one alive from the secret annex, he basically said, “Keep the house the way the Gestapo left it.”  It makes sense, and it hits home about the way the Jewish people were treated during this time.  There are pictures in the rooms depicting a recreation of how the rooms did look at the time.

You cannot take pictures in the Anne Frank House

I’m not one to ruin history, but I did take one picture. 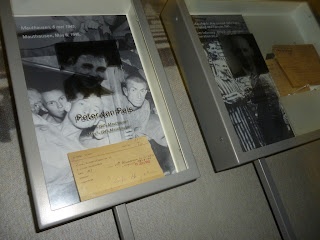 Many of the objects are not explained

I took that picture in one of the last rooms of the house, not a room where Anne Frank and the others hid, but still a room you walk through.  It showcased all eight people who lived in the house, explained what happened to them in the end, and showed a memento from their life.  Except, I wasn’t sure what exactly the memento meant.  It certainly looked old and interesting, it would have been nice to know.  So you may have to do some pre- or post-research on what you will find inside the house.


The history of Anne Frank, and the rest of the Jewish people who faced persecution, is extremely important to remember.  I admire her, the seven people she lived with, and the other six million Jews who faced this travesty.  But be prepared to be a bit surprised at your experience and the time it takes to get into the house (about an hour) and go through it (about an hour).  If you don’t have two hours, check out the 3-D tour online.

Total Cost: €9 each (about $12)
Best Deal: Pictures are worth a thousand words, but since you can’t take them, buy a postcard for €.50

Posted by Economical Explorer at 10:13 PM