Free Things to Do in Ireland – Things Named Tara

As I mentioned yesterday, I’ll be traveling to Ireland in less than a month.  I really love the Emerald Isle.  First of all, my husband’s family lives there.  Secondly, I got engaged there.  Third of all, everywhere you turn, something is named Tara.

Jewelers, buildings, streets… those Irish love them some Tara.


But no sign that says “Tara” is as important as the Hill of Tara. 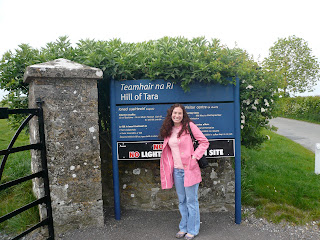 Refer back to reason number two why I love Ireland.  I got engaged here.  Right on the Hill of Tara… the place where kings were crowned until the year 500 A.D.  Or 500 C.E. if you’re not Christian. 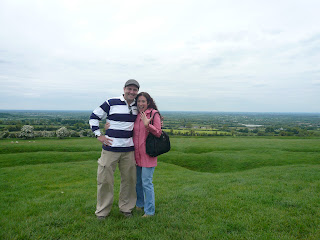 But even if your name is not Tara, and your wonderful husband did not kneel down on one of these hills after saying he had to tie his shoe, and even if he did not ask you “Would you make me the happiest man in the world?”… even if that all did not happen, Hill of Tara is one of the most wonderful, and free, things to do in Ireland.


It’s about 30 minutes northwest of Dublin and well worth the drive.  There is nothing too touristy about this place.  We saw barely any guests when we were there, actually.  Even though it plays a large, and sometimes confusing, part in Irish history, there’s actually not terribly much to view.  It’s just rolling green hills, dotted with a few sheep.


In fact, it’s said that you’ll see 25% of the Irish mainland from the Hill of Tara.


Come to think of it, that’s pretty much what you’ll see in Ireland in general – natural beauty.  But, at the Hill of Tara, you will see one small monument – the Lia Fáil, or Stone of Destiny.

Which is kind of coincidental because this is where my destiny became evident. 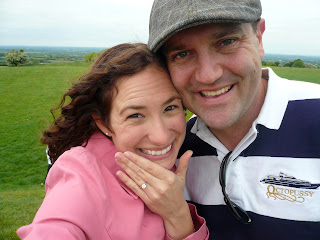 Best Deal: Making the gift shop cashier cry after we told her we just got engaged outside

What do you consider to be the best thing about Ireland?
Posted by Economical Explorer at 5:36 PM