I like to think of Dublin as a necessary evil.  I apologize for those who like Dublin, but to me, it didn’t have the charm of the other cities in Ireland.  However, since most flights come into Ireland through Dublin (including mine in December), it’s something you have to do and see at least once.  I recommend 24 hours there, starting with…


8am – Breakfast at Queen of Tarts 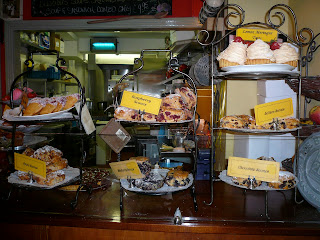 The opening hours vary for this delicious bakery, but if you’re visiting Dublin on a Monday through Friday, you’ll be safe coming at 8am.  If you’re coming on a Saturday or Sunday, click here for times.


The list of menu items are mouthwatering, from homemade scones, to Queen of Chocolate Fudge Cake.  Grab something for breakfast (a scone will cost about 3€) and then plan your day with my handy map. 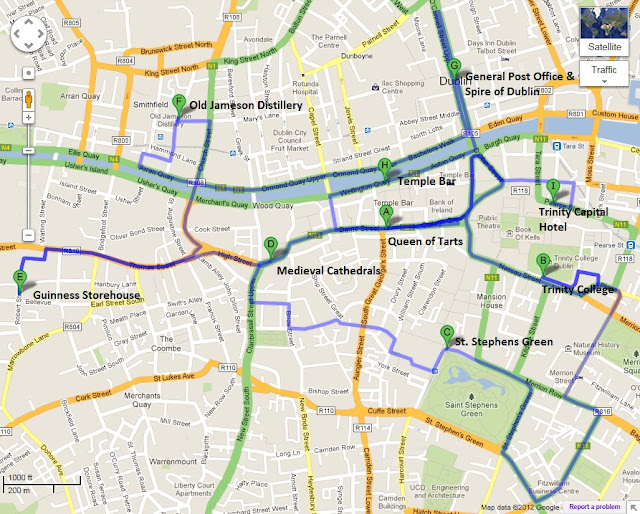 
This college, founded in 1592, is one of the oldest in Western Europe.  The campus is quite beautiful and you can walk around enjoying the architecture for free. 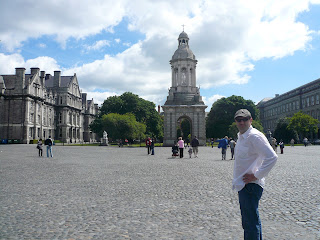 Many people in Dublin want to see the Book of Kells, which is housed at Trinity College.


This park is wonderful any time of day you visit. 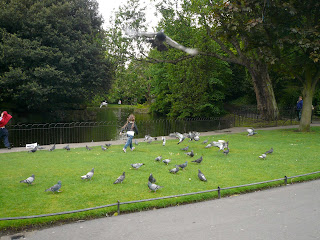 If you’re arriving to Dublin after an overnight flight from the States, you might want to take a nap in St. Stephen’s Green, kinda like we did. 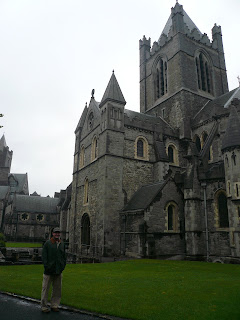 You can also go inside and see a crypt, which contains a mummified rat and cat.  It’s 6€ to get in, however.  I, personally, found it a little unusual to pay to enter a Catholic Church (you don’t even have to pay to enter St. Peter’s Basilica, which is one of the most famous churches in the world!), so I just took some pictures from the outside. 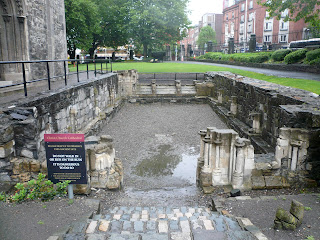 I did the same thing at St. Patrick’s Cathedral, right next door, as it is 5.50€ to get inside there.
This church does not have a cool mummified cat and rat, but has many other things to see.  Plus, it is a tribute to the man who brought Christianity to Ireland and a man who I celebrate every March 17 by drinking a case of beer or so.


Speaking of St. Patrick, by now, you’re well overdue for a drink, as this is Ireland, and most people are at the bar at 9am.  I went in more bars than I could possibly name, but if you see one of these, do stop and have a pint.  You’ll probably want to grab food too.


It will cost you a pretty penny to go inside the Guinness Storehouse for a tour.  About 16.50€ to be exact.  At the end, you get to drink Guinness beer from the Gravity Bar at the top of the Storehouse, with 360° views of the city.

Then, I went into a nearby pub and got a Guinness.


Keeping in the groove of drinking Irish-made alcohol, walk on over to the Old Jameson Distillery, about a mile and a half from the Guinness Storehouse (WARNING: You may have to stop at more than one bar while making the journey, it’s kind of a long walk).  Once you arrive, you can take a tour for 11.70€, or you can be economical, and just take pictures for free. 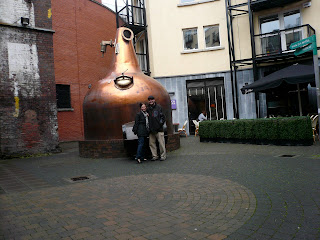 
This is Ireland, you have to stop at as many bars as possible.  You’ll especially want to stop for a pint if you see a pub with your name on the outside.


If you follow my schedule, you’ll be at here about an hour before the General Post Office closes at 6pm. 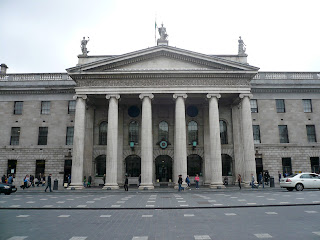 This isn’t just any post office – you’ll find bullet holes around the columns outside – as this was the home base for insurgents of the Easter Rising in which Ireland tried to claim independence from Britain back in 1916 (as I am an ancient history teacher and not Ireland history teacher, you’ll have to click here for more information). 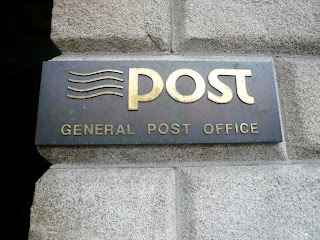 It’s right outside the General Post Office where you’ll see the Spire of Dublin, the 24th most photographed place in the world, according to Budget Travel. 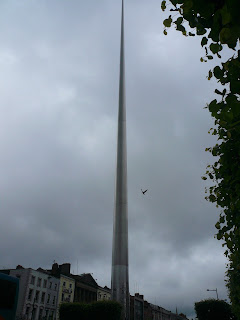 
I think the best thing about Europe is the little differences.  For instance, my favorite drink in the U.S. is Magners, which is from Ireland.  But there, they call it Bulmers.


This is considered a more touristy area of Ireland, but it’s also a great place to eat.  And go to more bars. 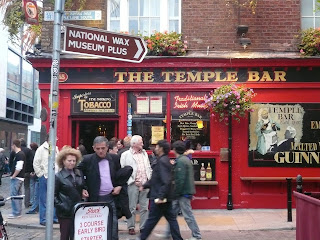 You can stay here for hours, just popping into and out of bars, enjoying the Irish music, Irish scene, and Irish sayings.


11pm – Back to the Hotel (or, you know, whatever time you’re ready to retire)


We stayed at a few hotels in Dublin, but I think the best was Trinity Capital Hotel.  Mainly because there was a block of rooms named Tara.


This hotel is very centrally located, just a few blocks from Trinity College.  The inside is funky and eclectic.

The rooms are pretty big by European standards. 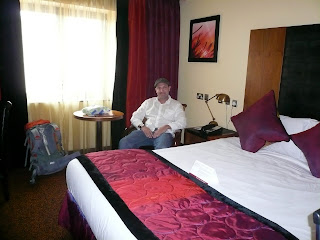 Even the bathroom had space to move around. 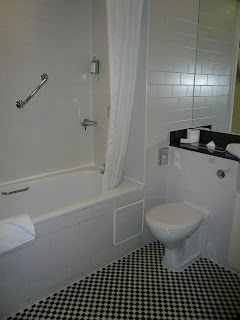 Perhaps the most important feature at the Trinity Capital Hotel was the baggage storage.  Since we arrived in the morning from America, we stored our bags at the front desk.

Here’s a review I did for Trip Advisor right after staying there.

We also stayed at Arlington Hotel, which is in the Temple Bar area. 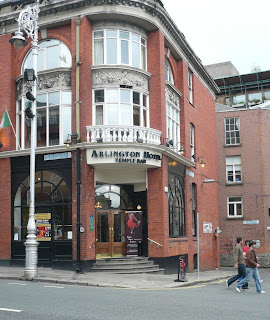 But the rooms there are smaller, and the prices are more expensive (about $205 per night)

Total Cost: About $421 for two people

Have you been to Dublin?  What's your favorite part?
Posted by Economical Explorer at 9:32 PM