The Belgian city of Brussels was a lovely trip for 24 hours.  My only complaint with this town was where we stayed.  In fact, I’m now in a fight with Rick Steves, the author of dozens of popular guidebooks, over the situation. 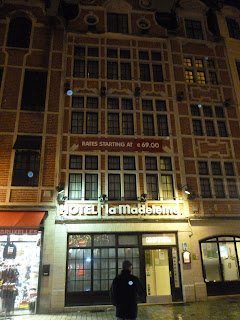 Here, the Rick Steves’ Amsterdam, Bruges & Brussels book let me down tremendously (this also happened in Milan, which is pretty much my least favorite city ever).  The book said because Brussels, being the capital of the European Union, is so busy during the week with business people, rates drop tremendously on the weekends.  Rick Steves recommended going through a travel website (like Booking.com or Orbitz) or booking in person at a tourist information desk (called a TI).  Before we went to a TI, we went to Hotel ‘la Madeleine and they quoted us at €90 per night.  At the TI, we were quoted €100 per night, not any better than what we found on our own!  So, strike one against Rick Steves on this trip.

Strike two came when we got into the elevator of Hotel ‘la Madeleine.  The elevator was like an inch big and had no walls!  I will ask in advance for your forgiveness of my awful recording skills.

I’m usually up for an adventure, but all I could see was us free-falling the five stories from our floor.  And then came strike three. 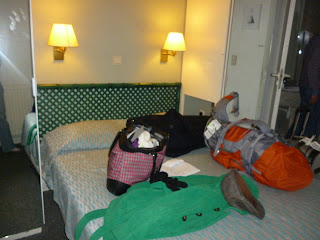 The hotel room actually sucked.  Frank proclaimed it was one of the worst rooms he ever stay in, and he has stayed in a $3 a night hotel in Nicaragua.  I don’t know if the room was just plain awful, or if paying $120 for it was the bad part.  Or maybe the bad part was the small-ass window that made me claustrophobic. 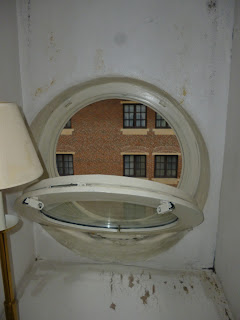 The room wasn’t dirty though, so that was a plus.  Also, the bathroom, though as small as a shoebox, was updated. 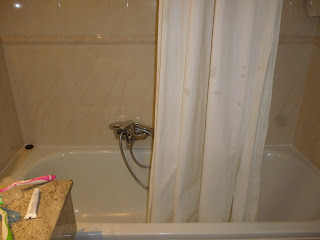 On the up side, there was a free breakfast in the morning that was decent.  And the staff was nice enough, but I’ve had better service at a Holiday Inn.  Luckily, the location was great, right on Agora square, which is just a few hundred feet from the Central Station, where most trains stop.

This hotel touts itself for business people, but if I were a business person in this room, I would blow my lid.  Luckily, I am a pretty laid-back tourist, so I’m just going to get into a silent argument with a guy who writes guidebooks.

Total Cost: €90 ($120)
Best Deal: Here’s a not good deal: you had to pay for Internet access!  I don’t know how the alleged business people who stay here do it!

Posted by Economical Explorer at 9:30 PM