So, I’ve been gone for awhile.  Unfortunately, I’ve been working to finish my teacher certification because it’s crucial that I have an actual income.  Fortunately, even though I haven’t been writing, I have been having many awesome adventures.  Starting with the only sport where you tailgate through the whole game and drink on the field. 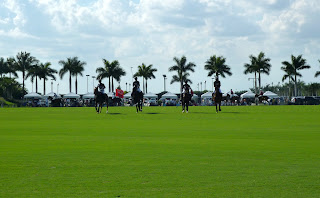 To think, all these years I’ve been forced to watch football, coerced into viewing basketball, and sucked into attending soccer games.  When all along, this was happening ON THE FIELD at polo matches.

We attended this polo match at International Polo Club in Wellington, courtesy of one of my awesome co-workers.  Wellington is the “winter equestrian capital of the world.”

Awesome Thing #1 About Polo: Almost everybody is tailgating.  The tailgating starts before the match and continues long after.

You have to be a member to tailgate, or at least know a member.  I am lucky enough to know someone who belongs to the club.

But even if you aren’t a member, the general public is allowed to watch the match and take pictures, just like we did.

Oh yeah, the polo game.  Here’s how polo goes: four players ride around on four horses during seven-minute intervals.  Those periods of time are called chukkers.

During the chukkers, the players are speeding across the field on the polo ponies (not ponies at all, but that’s what they are called), with the horses kicking up dirt everywhere.  After a few of these chukkers, a 10-minute halftime starts.  This is also when the fun begins. 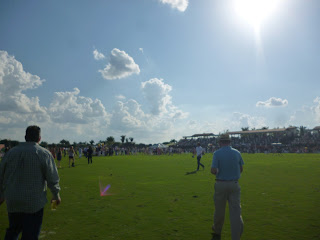 It is now that everyone rushes the field.  They are supposed to be stomping the divots, or pieces of grass the horses kicked up.  Really, everyone is just bee-lining for this:

Which brings me to…

Awesome Thing #2 About Polo: You are invited to drink on the field.  Once the wells ran dry of sparkling wine on the field, people were much more interested in stomping the divots. 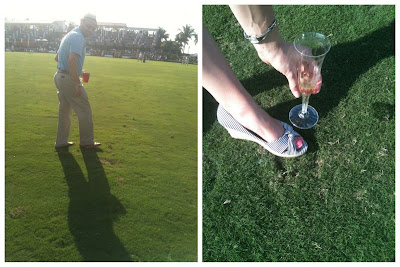 Let’s just say, hypothetically, that you ran out of drinks while you were tailgating during this sport.  Not to fear.

Awesome Thing #3 About Polo: People ride around the perimeter of the field on bicycles taking your orders for Veuve Clicquot.

I’m very grateful to my co-worker, Sari, who invited me to this wonderful event!  Anyone at all can attend on Sundays through April 21st... trust me, it's better than baseball!


Posted by Economical Explorer at 4:41 PM